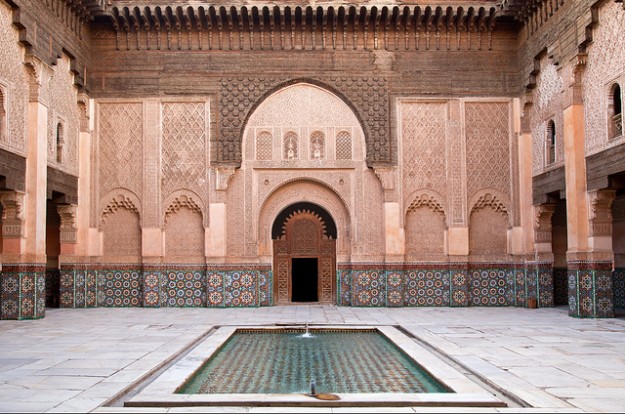 Behind the Walls tells you about life away from the public gaze, whether it be that of the glorious intrigues of the Bahia Palace or the students in the monk-like cells of the Ben Youseff Madrasa. You will learn about the three elements of a traditional Moroccan home, superstition, privacy and secrecy; hear stories of the life of a hagba, a wife who, once she crossed the threshold of her new husband’s door, never saw the outside world again; discover that a rich man’s concubine wasn’t just for erotic dalliance, but wielded considerable power, and that the Moroccan equivalent of the Oxbridge universities wasn’t just for society’s elite.

When Grand Vizier Si Moussa, right-hand man to the Sultan of Morocco and an immense power in his own right, decided to build the Bahia Palace in 1860 he intended it to be the greatest palace of its time. The name means ‘beautiful’ or ‘brilliance’, and this glorious testament to wealth and indulgence that was to capture the very essence of Moroccan and Islamic flair (and was fourteen years in the building, employing top artisans from throughout the country), was named after his favourite wife. The opulent gilded, painted and inlaid woodwork, and the richness of the glazed zellij tiles and carved stucco rightly proclaimed that here was a man of wealth and authority – although that didn’t stop Abu ‘Bou’ Ahmed, his slave-turned-vizier successor from adding a few embellishments of his own. 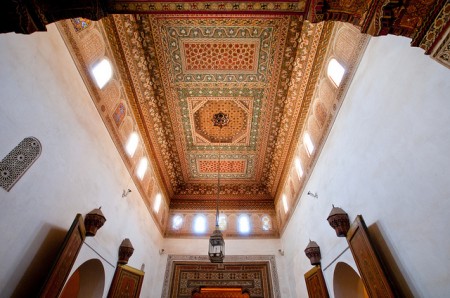 The Ben Youssef Madrasa, came into being in the 14th century and was one of a group of educational complexes which include the madrasas of Fez, Taza, Sale, and Meknes. It was destined to become the largest Madrasa in the whole of Morocco and one of the largest theological colleges in North Africa, with a student population of up to nine hundred. But the Madrasa was more than just a religious study centre; its main focus was on educating boys from all levels of society who would eventually complete their degree, which included algebra, science and medicine as well as religion, and set up their own small schools to extend education throughout the country and beyond. Often sharing four or more to a tiny cell which was living area, study room and kitchen, many of these young boys were many hundreds of miles from the support of their families, and even though friendly neighbours in the nearby streets sometimes befriended them, life in the Madrasa wasn’t always easy. 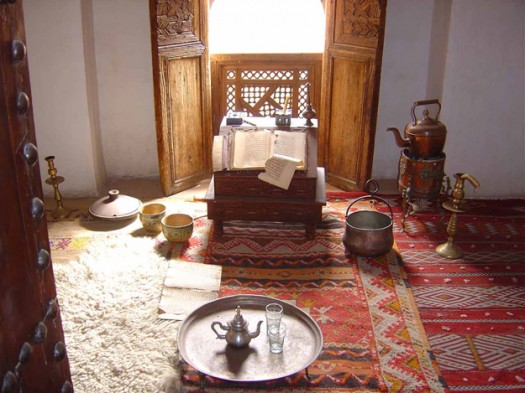 For further information about the Behind the Walls tour, please contact Abdellatif Benhrima, Our Man In Morocco. Email: bkabdou@yahoo.fr, Tel: +212 (0)661 20 31 17