A Stroll Around the Medina 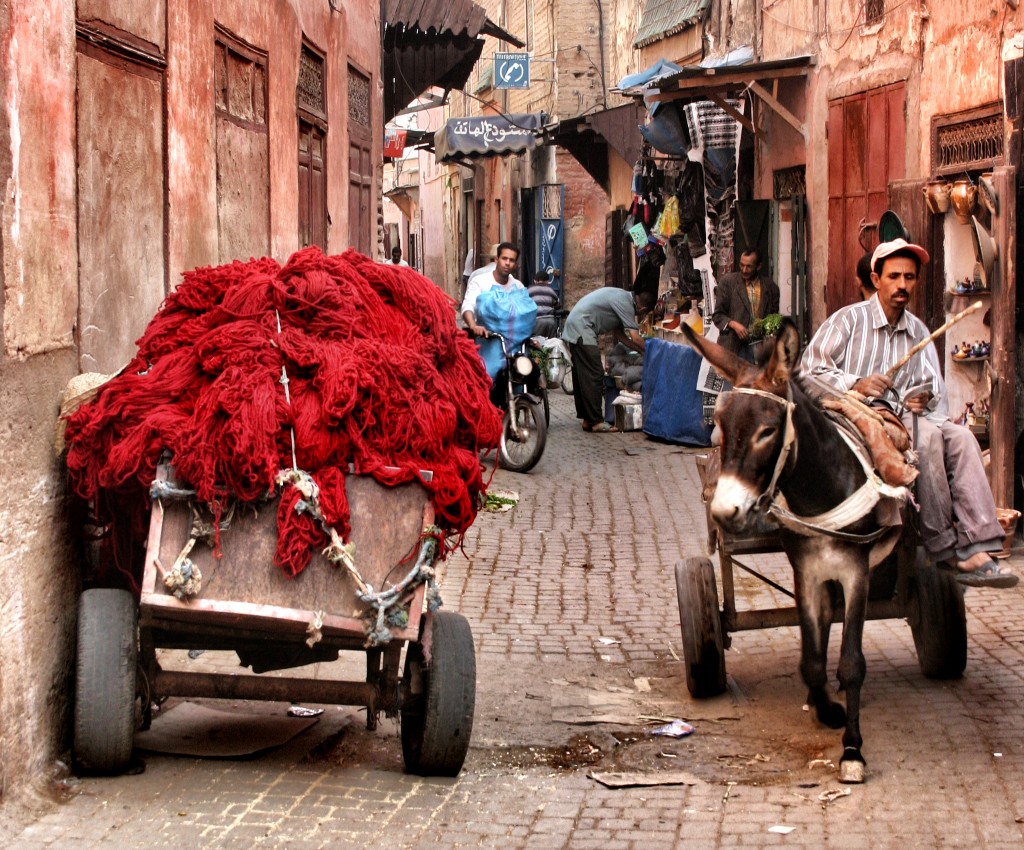 Derek Workman stayed for a while at Villa Dinari, and took himself off for a saunter around the Medina.

I took a stroll around the Medina in Marrakech yesterday afternoon, watching the artisans at work, and an interview I did with a Spanish hotel owner a while ago came to mind. He’d spent a couple of years working in Marrakech and had built up a lot of contacts in the small workshops. He told me that there’s no such thing as discounts for buying in bulk because the idea of mass-production almost doesn’t exist. For example, if you negotiated with a lamp maker to take his production of perhaps twenty lamps a week, that was about the best you would get. If you wanted two hundred a week either you’d have to go to ten makers yourself or have someone do it for you, preferably a local who knows ten lamp makers, who would then add his commission. You’d get the quantity you wanted, but it would actually cost you more than the first lot per item you bought from the original small workshop. So there you go.

It never ceases to amaze me, the quality of workmanship that comes out of a workshop measuring about four metres square. There are certain parts of the souk dedicated to particular products; the metal workers souk, the dgellaba sellers souk, but if you drift out to the periphery, away from the tourists around Jemaa El Fna, you come to what are basically workers suburbs, but not suburbs as we might know them. 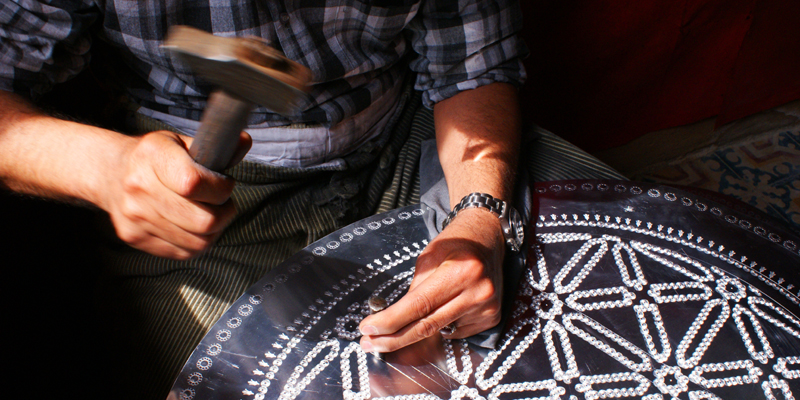 Lined along the streets and in tucked-away little back alleys, a barber with one chair patched with electrician’s tape and a cracked mirror will work next to a tinsmith slowly turning a piece of metal, as he punches ornate designs into it to make the beautiful lamps that cast starbursts of light when illuminated; alongside him woodcarvers and masonry workers etch intricate designs into their chosen materials, a butcher whose sole stock consists of a camel’s head suspended from a hook and a pile of congealing grey innards. (If you want to find out what camel’s meat taste like, get down to the food stalls in La Place at night and you can delight your taste buds.) 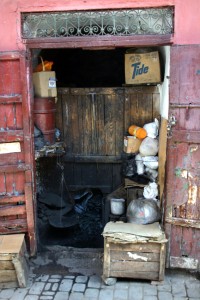 Dark caverns lit by a single flourenscent tube selling olives, olive oil and vats of preserved lemons for that emblematic Moroccan dish, poulet au citron; single-portion tajines cooking on a hot-plate beside a food stall made from a couple of paper-covered low tables and a few old stools, with the cook selling battered fish deep-fried in a blackened old frying pan. A shop with a collection of beautiful antique tea pots on display shows, on further inspection, shelves of second-hand kettles for sale at the back. 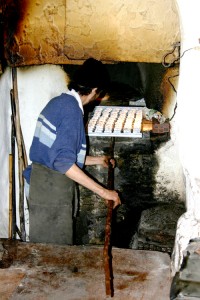 Those who can’t afford a shop will have a carton of Marlbourgh open on a cardboard box counter, selling cigarettes individually, (you can recognise the itinerant cigarette seller by the sound of the coins he jingles in his hand as he walks around); a family-sized block of almond chocolate is cut into narrow strips, each offering four small, square bites; carrots tied in small bundles and spicy green peppers sold in threes, just enough for a tajine. Estate agents buy, sell and rent from bedraggled hidey-holes furnished with a beaten-up old desk and a couple of 50s tubular steel kitchen chairs. Their properties must all be filed in their heads because there is no sign of paperwork. Five-hundred-year-old doors with great studded nail-heads, lacquered with layers of ancient brown paint, stand open to reveal walls tiled in a mixture of gaudy seventies factory rejects.

And above all, the ubiquitous mint tea.